In this interview from 2013, we talk to Michael O’Neill … one of the most respected character actors in Hollywood… about taking a one-day stint on The West Wing and turning into a 6-season job. He is one of those actors you see on the TV or movie screen and say “Oh, THAT guy!”

We have a delightful chat talking about the very unusual way he was “discovered,” what his two requirements were before he took on the part of the crazed gunman on Gray’s Anatomy, and how he still lives with the insecurity of the acting business. Plus… his sex scene in Rectify, and how he didn’t recognize Matthew McConaughey on the set of The Dallas Buyer’s Club movie. You will LOVE this guy! 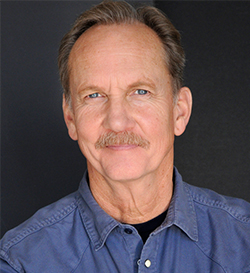 You’ll remember actor Michael O’Neill  as “Larry Mills” in the critically-acclaimed drama series on NBC –  COUNCIL OF DADS.  Or perhaps as  “Chaplain Kendricks” in the critically acclaimed feature film, CLEMENCY, which won the Sundance Film Festival Grand Jury Prize. He was also “Senator Mitchell Chapin” in Season 2 of TOM CLANCY’S JACK RYAN on Amazon. Other recent appearances for O’Neill include the series’ THE ROMANOFFS, THE RESIDENT, 11.22.63, SHOOTER, S.W.A.T. and a five episode arc in the final season of SCANDAL.