Half Empty or Half Full?
Psychologist and Neuroscientist Dr. Elaine Fox
Shares the Science of Optimism

Do you typically look on the bright side, or turn towards the dark? Were you born that way? And if you had a cheerier outlook, would it affect your business and your health?  Psychologist and neuroscientist Elaine Fox has discovered we actually CAN change the way our brains react to fear and optimism. Her research has been journaled in her book Rainy Brain, Sunny Brain: How to Retrain Your Brain to Overcome Pessimism and Achieve a More Positive Outlook.

Elaine’s discovery of the optimism gene has paved the way for explaining the psychology behind optimistic people. Can we change? Plus – find out why we like our news bloody and our politics dirty!

Click on the player below to hear the chat with Dr. Fox and Pam

About Dr. Fox
Elaine Fox is a psychologist and neuroscientist who has researched widely on the science of emotions. She has always been fascinated by why some people are very resilient and can deal with whatever life throws at them, while others are fragile and at risk of developing anxiety and depression. She grew up in Dublin and has worked at St James Hospital Dublin, University College Dublin, Victoria University of Wellington in New Zealand and the University of Essex where she was head of the Department of Psychology & Centre for Brain Science from 2007- 2010, before moving to the University of Oxford in 2013.

Elaine is currently a Research Professor in the Department of Experimental Psychology, University of Oxford and Director of the Oxford Centre for Emotions & Affective Neuroscience (OCEAN), where she leads a program of research combining cognitive psychology, neuroimaging, and genetics. She

has recently been awarded an ERC Advanced Investigator Award to support her research in the development of emotional vulnerability and resilience. Her work has been discussed in Nature, Science, New Scientist, The Economist, and the New York Times. A Fellow of the Association of Psychological Science (APS), she lives near Oxford in England.

Her scientific discoveries on optimism, happiness and optimal mental health have been discussed widely across the national media, and led to her appearance in an ABC documentary presented by Michael J. Fox (no relation) entitled The Adventures of an Incurable Optimist in 2010 and in a 2013 BBC Horizon documentary called The Truth about Personality in which she attempts to shift the presenter Michael Mosley’s brain from pessimism to optimism.

We all want to feel safe in this crazy world! But how do we go about doing that? The best people to ask about protection and safety are the experts who do it every day in one of the most stressful, and important, jobs in our nation – the Secret Service.  Former agent Evy Poumpouras is just the person to ask.  Not only has she guarded presidents and heads of state, she was awarded the prestigious Medal of Valor for Her bravery on 9/11and was an investigator for the Department of Defense’s elite Polygraph Unit. And she’s the author of the book BECOMING BULLETPROOF: Protect Yourself, Read People, Influence Situations, and Live Fearlessly, now also available on audiobook.

In our chat with Evy, we find out how we all can create more courage in the world and less fear, and how being fearless isn’t a goal we should reach for. We also learn why Evy says we should WANT someone to hit us, how we have to create a shield to be our own gatekeepers, and how to get out of the problem and into the solution.

Evy also offers real coping mechanisms, and actionable steps towards being safer, in addition to sharing some tips on how to determine if someone is lying. She also busts some big myths about how to tell if someone is being untruthful. We learn about priming language, how using someone’s name changes brain chemistry, and why preserving dignity is so very important.

There is a lot of great info in our chat with Evy, along with a few laughs! 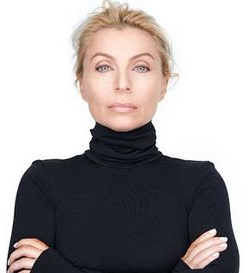 Evy Poumpouras is a former Secret Service Special Agent and on-air national TV contributor who frequently appears on NBC, MSNBC, and CNN. She also costars on Bravo’s Spy Games, an espionage-inspired reality competition. Evy holds a MA in forensic psychology and a second master’s degree from Columbia University Graduate School of Journalism.  She is also the recipient of the United States Secret Service Medal of Valor Award for her heroism on 9/11 and has been part of the protective details for former Presidents Barack Obama, George W. Bush, William J. Clinton, George 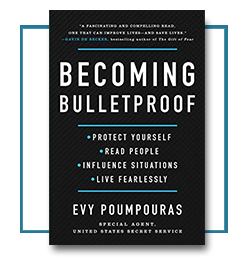 H.W. Bush, and Gerald Ford. She is also an adjunct professor for The City University of New York where she teaches criminal justice and criminology. 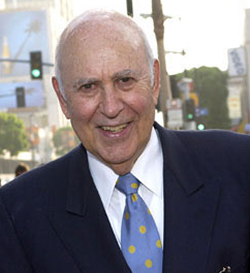