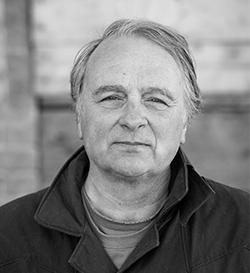 Odds are you probably know someone in your life who deals with anxiety, or bipolar disorder.  Maybe someone who deals with delusions, or hears voices.  And maybe it’s even you. For example, I get panic attacks when I drive on the freeway. But we haven’t always done a good job in dealing with mental issues. We are only now starting to talk about it in any kind of meaningful way. It used to be that we only talked about it in whispers, or in private conversations, but never out in the open.

Bestselling author Daniel Bergner says it’s time to talk about the mind -and its mind of its own- and he does just that in his new book The Mind and the Moon. In our chat he talks about what we used to do to people dealing with mental challenges, what we know about drugs being used today (not much), and what exactly happens in a lobotomy. It’s an eye-opening discussion that hopefully will encourage you to start a conversation with friends and family about mental health. 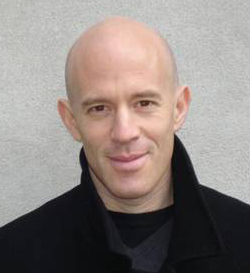 Daniel Bergner is a contributing writer for the New York Times Magazine and the author of five previous books of award-winning nonfiction: the New York Times bestselling Sing for Your Life, What Do Women Want?, The Other Side of Desire, In the Land of Magic Soldiers, and God of the Rodeo. His writing has also appeared in the Atlantic, Granta, Harper’s Magazine, Mother Jones, Talk, and the New York Times Book Review. 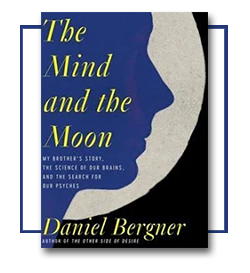 For his book, The Mind and the Moon: Click here
Click here to for more about Daniel Bergner

Lt. Bill Harris was a WWII hero you probably haven’t heard of. Award-winning author and retired fighter pilot Dan Hampton plans to change that. His new book VALOR introduces us to the Saga of One Man’s Defiance and Indomitable Spirit in a style that reads like an adventure novel.

We chat with Dan about Lt. Harris, the power of resilience, why he thinks Ukrainian President Zelensky is so successful, and why the US Air Force is the best in the world. Join us for this fascinating and inspiring chat. 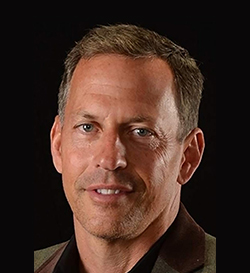 Lieutenant Colonel (Ret.) Dan Hampton flew 151 combat missions during his twenty years (1986– 2006) in the United States Air Force. For his service in the Iraq War, Kosovo conflict, and first Gulf War, Col. Hampton received four Distinguished Flying Crosses with Valor, a Purple Heart, eight Air Medals with Valor, five Meritorious Service medals, and numerous other citations. He is a graduate of the USAF Fighter Weapons School, USN Top Gun School (TOGS), and USAF Special Operations School. A frequent guest analyst on CNN, Fox News, and MSNBC discussing foreign affairs, military, aviation, and intelligence issues, he has published in Aviation History, the Journal of Electronic Defense, Air Force Magazine, Vietnam magazine, and Airpower magazine, and written several classified tactical works for the USAF Weapons Review. He is the author of the national bestsellers Viper Pilot and Lords of the Sky, as well as a novel, The Mercenary. 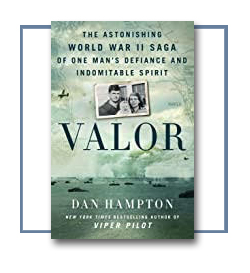 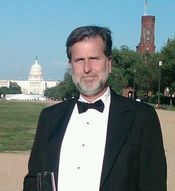 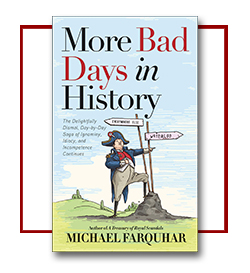 We all have questions.  You know, like, does the Covid-19 vaccine alter our DNA? When we have medical questions, we go to the doctor who wrote the book on Viral BS – Dr. Seema Yasmin.

In our chat with Dr. Seema Yasmin, we learn the difference between mis-information and dis-information, why people believe crazy medical ideas, and why facts DON’T change our mind. We learn about cognitive biases, why education level isn’t a good measure of who might believe false information, and how group-think figures in.

Plus, how a little bit of truth can be a bad thing, how communication is key, and how social media plays into the spread of bad information.  Oh – and no – the covid-19 vaccine won’t change your DNA.

Click on the player below to hear the chat with Dr. Yasmin and Pam

Seema Yasmin is an Emmy Award–winning health reporter, epidemiologist, and medical doctor. The director of the Stanford Center for Health Communication and a clinical assistant professor at Stanford University School of Medicine, she is the author of Muslim Women Are Everything: Stereotype-Shattering Stories of Courage, Inspiration, and Adventure and The Impatient Dr. Lange: One Man’s Fight to End the Global HIV Epidemic. 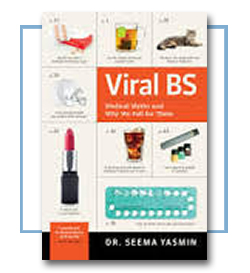 Do you trust your refrigerator? Maybe you shouldn’t…
Bestselling suspense author Jeffery Deaver is BACK!

We’re back with our favorite bestselling suspense author Jeffrey Deaver for his latest installment of the Lincoln Rhyme and Amelia Sachs series: The Steel Kiss. It’s quite a an unsettling novel as advances in technology create quite the scary scenario!

Jeffery shares what the impact of cloud monitoring has on your everyday appliances, and how on earth your refrigerator may have been a spambot! He also gives insight into the skirmish between Apple and the FBI for control of the infamous San Bernardino iPhone several years ago, and why this time it’s different.  And find out why New York taxi services dropped 5% after The Bone Collector movie came out!

A former journalist, folksinger and attorney, Jeffery Deaver is an international number-one bestselling author. His novels have appeared on bestseller lists around the world, including the New York Times, the Times of London, Italy’s Corriere della Sera, the Sydney Morning Herald and the Los Angeles Times. His books are sold in 150 countries and have been translated into over twenty-five languages. He has sold 50 million books worldwide.

The author of over thirty-five novels, three collections of short stories and a nonfiction law book, and a lyricist of a country-western album, he’s received or been shortlisted for dozens of awards around the world. His The Bodies Left Behind was named Novel of the Year by the International Thriller Writers Association, and his Lincoln Rhyme thriller The Broken Window and a stand-alone, Edge, were also nominated for that prize, as was a short story. He has been awarded the Steel Dagger and the Short Story Dagger from the British Crime Writers’ Association and the Nero Wolfe Award, and he is a three-time recipient of the Ellery Queen Readers Award for Best Short Story of the Year and a winner of the British Thumping Good Read Award. Solitude Creek and The Cold Moon were both given the number one ranking by Kono Misurteri Ga Sugoi in Japan. The Cold Moon was also named the Book of the Year by the Mystery Writers Association of Japan. In addition, the Japanese Adventure Fiction Association awarded the The Cold Moon and Carte Blanche their annual Grand Prix award. His book The Kill Room was awarded the Political Thriller of the Year by Killer Nashville. And his collection of short stories, Trouble in Mind, was nominated for best anthology by that organization, as well.

Deaver has been nominated for numerous Edgar Awards from the Mystery Writers of America, an Anthony, a Shamus and a Gumshoe. He was shortlisted for the ITV3 Crime Thriller Award for Best International Author. Roadside Crosses was on the shortlist for the Prix Polar International 2013.

His book A Maiden’s Grave was made into an HBO movie starring James Garner and Marlee Matlin, and his novel The Bone Collector was a feature release from Universal Pictures, starring Denzel Washington and Angelina Jolie.  In 2019, NBC picked up a series called “Lincoln,” based on the books. Lifetime aired an adaptation of his The Devil’s Teardrop. And, yes, the rumors are true; he did appear as a corrupt reporter on his favorite soap opera, As the World Turns.

He was born outside Chicago and has a bachelor of journalism degree from the University of Missouri and a law degree from Fordham University.

Jeffery Deaver was President of the Mystery Writers Of America organization in 2017 and 2018.