William C. Pack – Bestselling Author of
The Bottom of the Sky
Writes about Kissing Chickens in his New Children’s Book!

How do you go from the crazy world of Wall Street to the chicken coops of Montana, and write a sweet book for children, after you have a bestselling novel for adults?

William C. Pack explains why he wrote “Never Kiss a Chicken” after the success of his adult novel “Bottom of the Sky.”  We talk divisiveness, niceness, kindness (both active and passive) and why one should never kiss a chicken.

And, it turns out, we both speak chicken! A delightful conversation with an interesting man.

William C. Pack is a multi-award winning author. Born and raised in rural Montana, Bill left home at an early age and worked a variety of jobs from truck driver to cook before earning his GED and, at age 21, joined a major Wall Street firm. He rose to become the youngest Executive VP/Divisional Director of the largest investment firm in the world while simultaneously acting as CEO of a private food manufacturing company affiliated with Beatrice Foods and served a prestigious 3-year appointment with the NASD (now FINRA) in creating and enforcing rules and regulations on Wall Street.

At 43, due to an illness, Bill left Wall Street to pursue lifelong goals. Bill took the SATs and earned a slot at Stanford University as the oldest undergraduate on campus. In 3 years he graduated Phi Beta Kappa with distinction and high honors. His thesis received the Annual Reviews Prize in Anthropological Sciences and Bill became the chief archaeologist of Stanford’s Greater Yellowstone Archaeological Site Survey.

Bill’s greatest dream was to be a novelist. He was a Lucas Artists Fellowship Writer in Residence and in 2007, his first short story was published. Soon after, his debut novel, THE BOTTOM OF THE SKY, a rags to riches family saga published to great critical acclaim. The novel was a finalist for the National Best Book Award and a contender for the Pulitzer Prize. THE BOTTOM OF THE SKY was also chosen for the prestigious One Book Billings Award and has been taught in advanced university literature and creative writing classes. 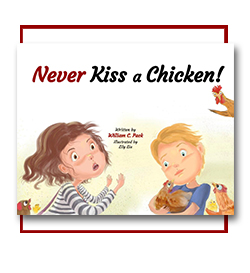 Bill has been featured on NPR affiliates, the PBS-syndicated show Between the Lines, Face the State, Forbes Personal Best, and a host of local and regional radio and television shows.

Bill has used his book sales to raise money for women’s and children’s charities, including: Community Overcoming Relationship Abuse in SF, The Nevada Women’s Fund, the Angel Fund in MT, the American Academy of Pediatrics’ Reach Out and Read CO, Reach Out and Read AZ, Babcock Elementary in Sacramento, Rafael House in Portland, and others. Bill was a Board member of the Institute of the Americas, solving energy issues in the Americas, and of other charities.

Bill Pack is married with grown children and delightful grandchildren. After residing in Northern California for many years, Bill and his wife returned to Montana, where he enjoys hanging out with his big dogs and even bigger wildlife. NEVER KISS A CHICKEN! is Bill’s first children’s book.

When it comes to human consciousness, spirituality, and the science of medical intuition, there is no one more recognizable and respected than Caroline Myss. We talk about her new series on the Gaia network – Sacred Power: Mastering the Nature of Your Soul, and her live event at the GaiaSphere theater in Boulder, CO August 16-18.

Caroline explains how we all are intuitive, how we have to be careful about giving away our power to others, and how everything we do affects others. She also shares how to find trust, why we need to walk our talk, and how we have to tip the world towards compassion and empathy and not towards violence and evil by beating evil at its own game.

We talk about how this is the most pivotal time in history, how we can’t look to the past for answers, and how evil is so very addicting. 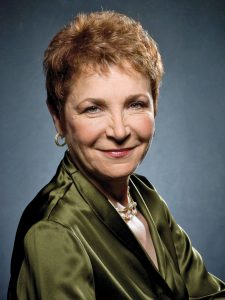 Caroline Myss is a five-time New York Times bestselling author and internationally renowned speaker in the fields of human consciousness, spirituality and mysticism, health, energy medicine, and the science of medical intuition. Caroline established her own educational institute in 2003, CMED (Caroline Myss Education), which offers a diverse array of programs devoted to personal development and draws students from all over the world. In addition to hosting a weekly radio show on the Hay House network, Caroline maintains a rigorous international workshop and lecture schedule.

Caroline developed the field of Energy Anatomy, a science that correlates specific emotional/psychological/physical/spiritual stress patterns with diseases. Her research proved so accurate that it became the subject matter of a book co-written by Caroline and Norm: THE CREATION OF HEALTH. 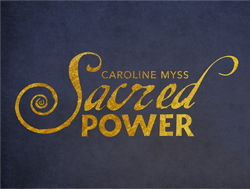 In 1996, Caroline released ANATOMY OF THE SPIRIT, a New York Times bestseller that has been published in 28 languages and has sold over 1.5 million copies.

Caroline followed with two more New York Times bestsellers, INVISIBLE ACTS OF POWER in 2004 and ENTERING THE CASTLE in 2007. Caroline’s latest book, DEFY GRAVITY, was released in October 2009, a book exploring the mystical phenomenon of healing that transcends reason.

In addition to her written work, Caroline has produced more than eighty audio/visual products on subjects that include healing, spirituality, personal development, and the study of archetypes.