When I was a little girl, all the astronauts were men. We would watch TV shows about Dr. Leakey, the archaeologist. And of course, we loved watching the shows with Jacques Cousteau.

These were amazing people.  But where were the women? We never saw role models at the time in science and exploration to inspire us. Could we even BE scientists and explorers?

Fortunately, now we are starting to hear more of the stories of the women who pioneered the way in those areas. And for young women, and girls, National Geographic brings us No Boundaries… 25 Women Explorers and Scientists Share Adventures, Inspiration, and Advice.  It’s a wonderfully colorful book, filled with bits and pieces of wisdom, and backstories on these women scientists.

In this episode, we talk with Gabby Salazar, one of the authors, and a nature and conservation photographer and social scientist, who has traveled the world, living in tropical rain forests and on tropical islands. We’ll ask her how they chose the women to be included in the book, which story inspired her, and what she hopes girls and young women will take from this book. It’s a conversation sure to inspire you – and the young girls in your life! 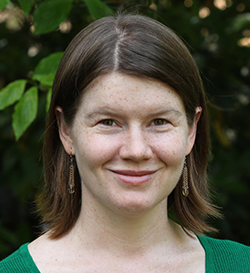 GABBY SALAZAR is a National Geographic Explorer, a nature and conservation photographer, and a social scientist. As an Associate Fellow of the International League of Conservation Photographers, she has worked on environmental photography projects across the globe, spending months at a time living in tropical rainforests and on tropical islands. Salazar has an MSc in Conservation Science from Imperial College London and is currently a doctoral student at the University of Florida’s School of Forest, Fisheries, and Geomatics Science, where she studies environmental marketing. She is committed to environmental education and uses photography to get kids outdoors and to connect them with nature. 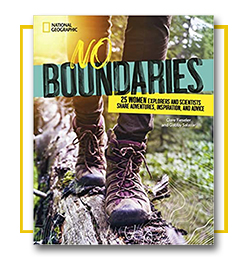 Are we on the way to becoming Superhumans?
Artificial Intelligence, Genetic Engineering and Bio-Technology


At one time or another, we’ve all wished that somehow we could change our human capabilities,  whether it be ways to make the blind see again, get rid of diseases like cystic fibrosis, or simply just be taller or more athletic.

Those wild and crazy science fiction ideas may not be that far away. We could, in effect, become superhuman – and in the near future! At least so says David Broyles!

David Broyles is the Director of Special Activities and Intelligence Teams at CNA – the Center for Naval Analyses – a non-profit research and analysis organization in Washington, DC, charged with analyzing national security and public policy problems. He’s also the co-host of a weekly podcast called AI with AI.

David put out a study in December called “Superhumans: Implications of Genetic Engineering and human-centered Bio-Engineering”  about recent advances in those fields and how they may affect the military – as well as regular shmoes like us.

We talk about how far we’ve come, how close we are, and what we can expect in the next 4-5 years.  Plus – how Crispr is more than a knob on your toaster, and how ethics plays into all of this. If you are a Sci-Fi fan, or just have a fascination with the future – this is the interview for you! 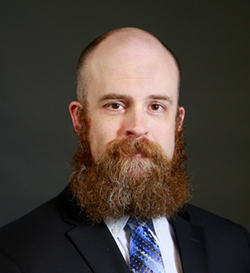 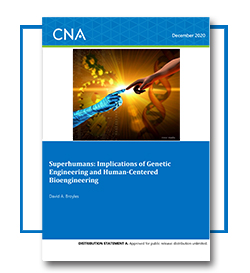 Half Empty or Half Full?
Psychologist and Neuroscientist Dr. Elaine Fox
Shares the Science of Optimism

Do you typically look on the bright side, or turn towards the dark? Were you born that way? And if you had a cheerier outlook, would it affect your business and your health?  Psychologist and neuroscientist Elaine Fox has discovered we actually CAN change the way our brains react to fear and optimism. Her research has been journaled in her book Rainy Brain, Sunny Brain: How to Retrain Your Brain to Overcome Pessimism and Achieve a More Positive Outlook.

Elaine’s discovery of the optimism gene has paved the way for explaining the psychology behind optimistic people. Can we change? Plus – find out why we like our news bloody and our politics dirty!

Click on the player below to hear the chat with Dr. Fox and Pam

About Dr. Fox
Elaine Fox is a psychologist and neuroscientist who has researched widely on the science of emotions. She has always been fascinated by why some people are very resilient and can deal with whatever life throws at them, while others are fragile and at risk of developing anxiety and depression. She grew up in Dublin and has worked at St James Hospital Dublin, University College Dublin, Victoria University of Wellington in New Zealand and the University of Essex where she was head of the Department of Psychology & Centre for Brain Science from 2007- 2010, before moving to the University of Oxford in 2013.

Elaine is currently a Research Professor in the Department of Experimental Psychology, University of Oxford and Director of the Oxford Centre for Emotions & Affective Neuroscience (OCEAN), where she leads a program of research combining cognitive psychology, neuroimaging, and genetics. She

has recently been awarded an ERC Advanced Investigator Award to support her research in the development of emotional vulnerability and resilience. Her work has been discussed in Nature, Science, New Scientist, The Economist, and the New York Times. A Fellow of the Association of Psychological Science (APS), she lives near Oxford in England.

Her scientific discoveries on optimism, happiness and optimal mental health have been discussed widely across the national media, and led to her appearance in an ABC documentary presented by Michael J. Fox (no relation) entitled The Adventures of an Incurable Optimist in 2010 and in a 2013 BBC Horizon documentary called The Truth about Personality in which she attempts to shift the presenter Michael Mosley’s brain from pessimism to optimism.